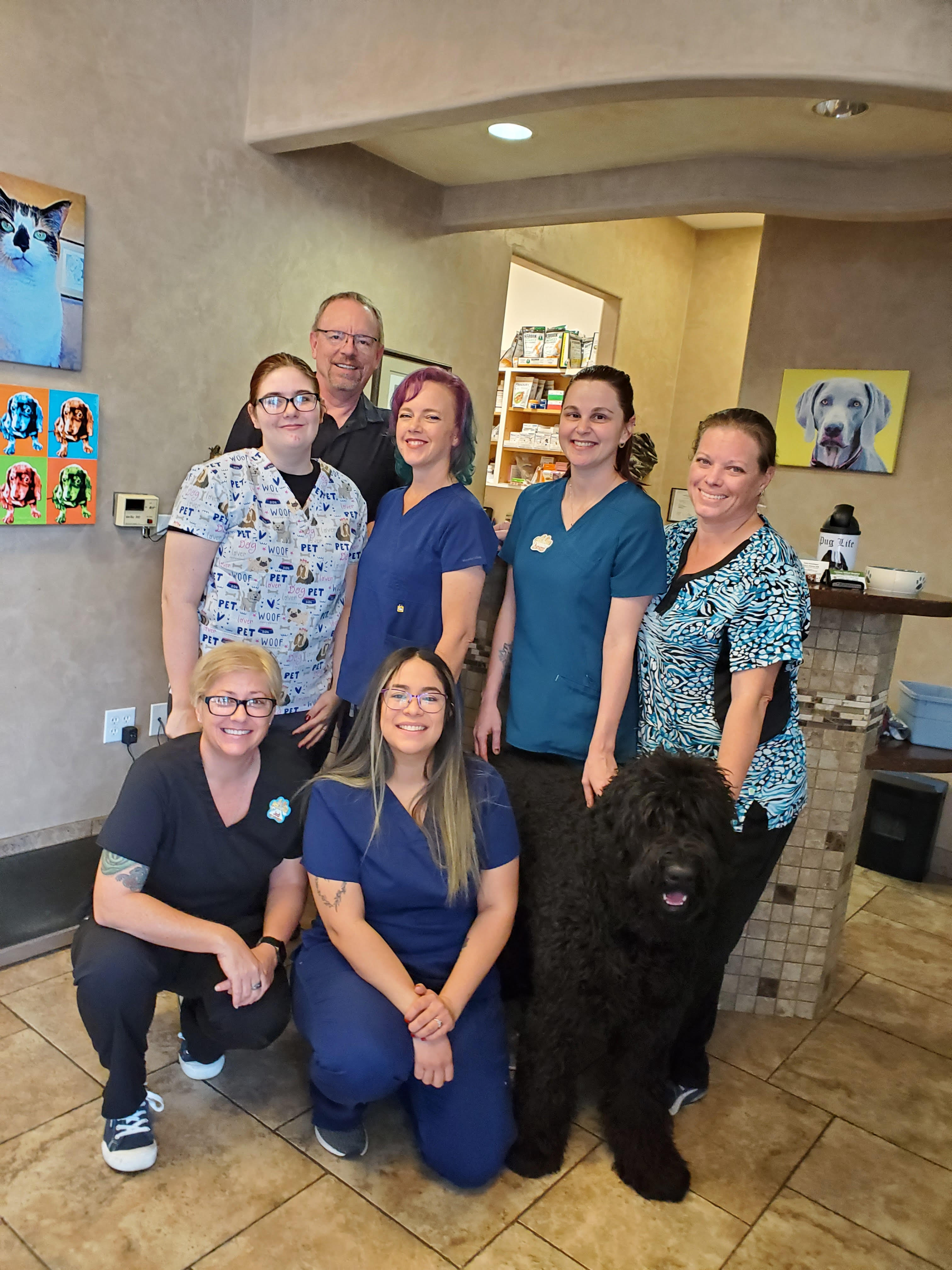 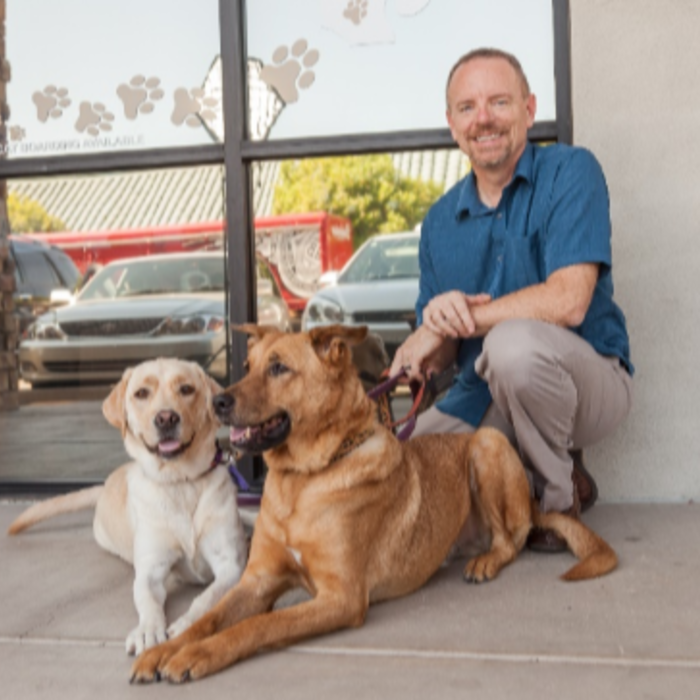 Dr. Thomasson was born in Fairbanks, Alaska, and grew up in Cleveland, OH. He completed his undergraduate studies at the Michigan State University, where he received a BS in Animal Science and then earned his Doctor of Veterinary Medicine (DVM) in 1981. During veterinary school, Dr. Thomasson developed special interests in Internal Medicine, Surgery, Dermatology, and Preventative Medicine. He owned his first practice in New London, CT for 20 years, with 25 employees that included 4 veterinarians. In 2005, he sold his practice when the opportunity became available to move to the Scottsdale area where he became the owner of Cochise Animal Hospital. In his spare time, he enjoys hiking, reading novels, astronomy, bridge, learning Spanish, dancing and traveling. Dr. Thomasson currently resides in Cave Creek with his wife Linda and their two dogs, Aspen and Willow. 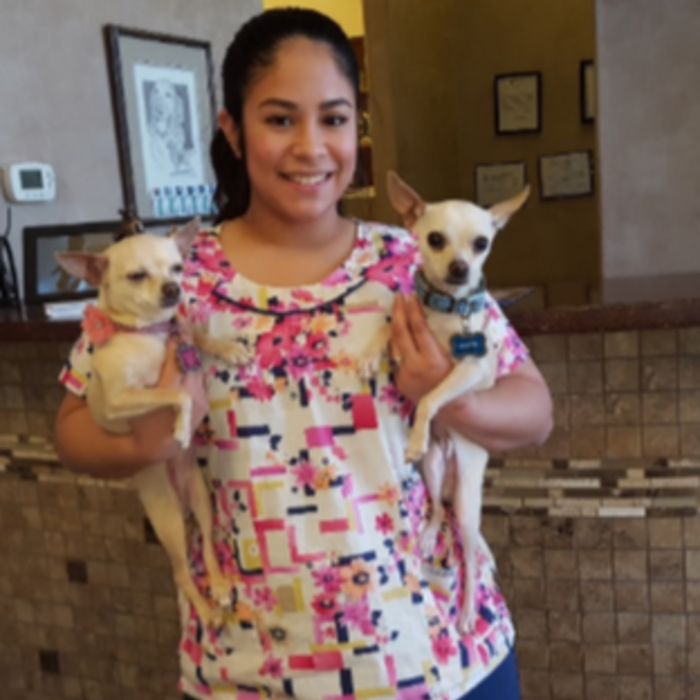 Karina joined Cochise Animal Hospital staff in early May, 2014. She graduated from Carrington College with an Associate’s Degree in Animal Health Technology. She is originally from El Paso, TX and has been in the Phoenix area since 2005. She enjoys training her two rescued Chihuahua’s “Senorita Sandie” and “Oliver” to do tricks such as high 5, rollover, left and right paw to name a few tricks. 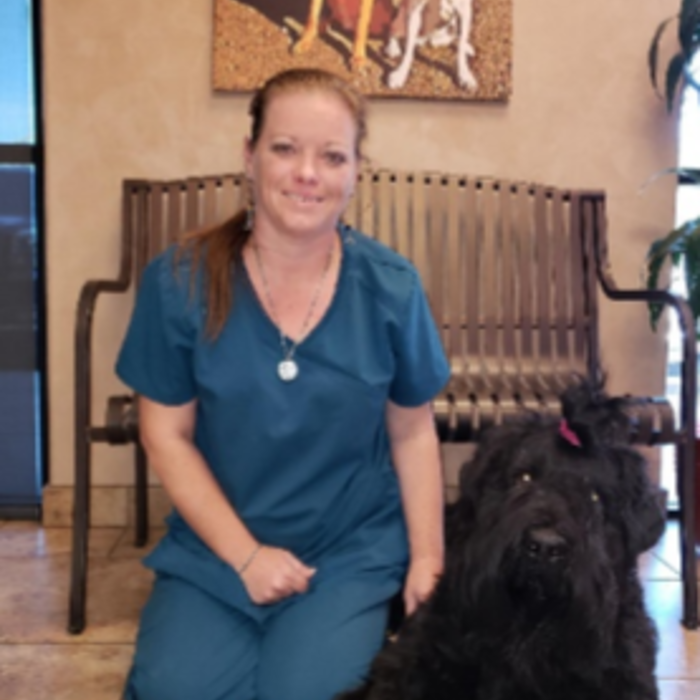 Jen has been with Cochise Animal Hospital since 2016. A rare find, she’s a native of Phoenix and her family has bred and raised dogs her whole life. She has been a veterinary technician since 1998 and has had experience in small and large animal along with avian and exotic care. Her hobbies include dog training and crochet, training for conformation showing, obedience trials, IPO trails and service dog work. Her fur babies include Anya, birthday is 2011 and is an old Black Russian Terrier and Fallon, a old Kerry Blue Terrier, birthday is 2008. 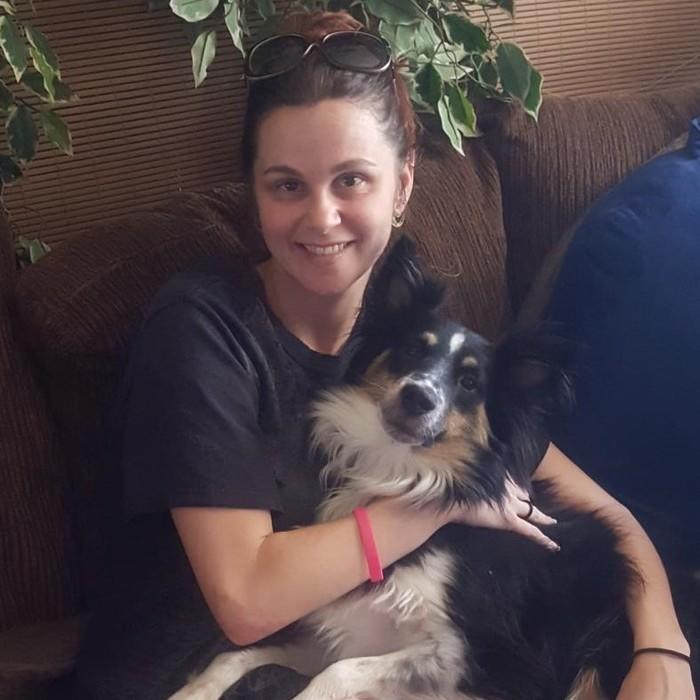 Autumn joined Cochise Animal Hospital in January 2019. She has worked in the animal field for over 10 years with experience including two years at a small animal veterinary hospital and then 10 years at a pet resort. She has love and passion for her job and it shows. “Animals are my world". Her favorite thing to do in her free time is to hang out with her fur babies. 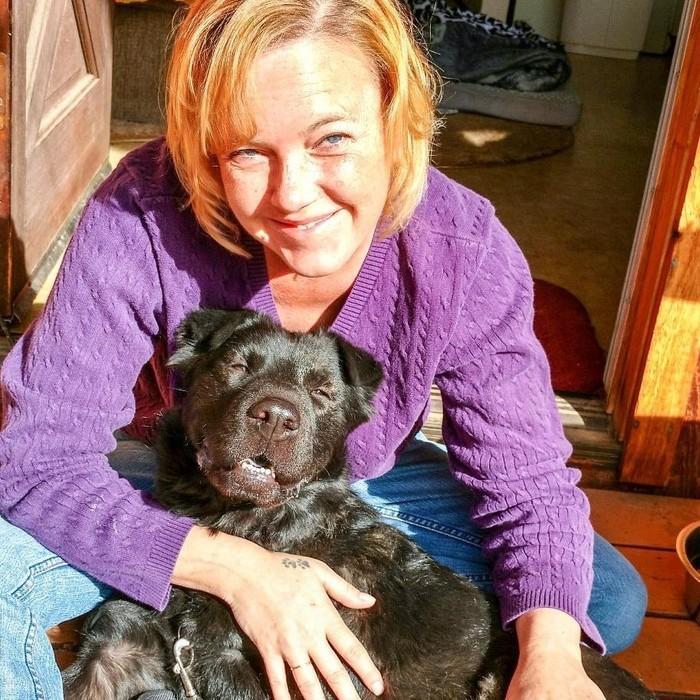 Sabrina has been in the veterinary field for over 20 years and recently joined the Cochise family in 2019. She has enjoyed working in many aspects of veterinary medicine from reception to management. But she thrives on the personal hands-on care of being a technician and enjoys working with the clients. She currently has three rescue pets at home, including 2 tripods, Dandy and Khaleesi, and a black cat named Felix. Sabrina is a Phoenix, Arizona native and spends her free time painting or fishing. 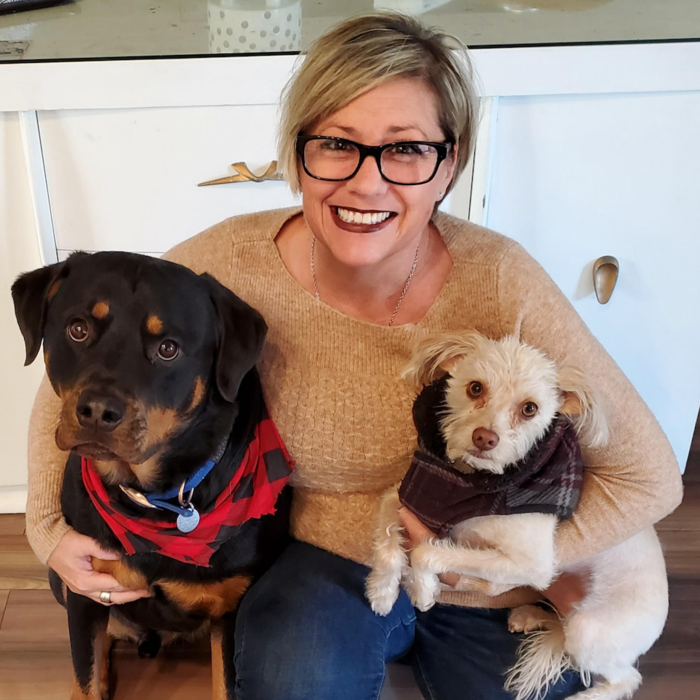 Jodi has joined the team in November 2020.  She began working in her first veterinary hospital in 2007. She immediately fell in love with it and enrolled in tech school in 2008 and graduating from Kaplan College in 2010 with an Associate of Occupational Science in Veterinary Technology degree. For 6 years she volunteered her time and skills to take care of hospitalized military veteran's pets and homes and provided pet re-homing services when needed. In addition, she operated her own pet sitting and in-home veterinary medical treatment assistance business from 1999 to 2019, specializing in the care of elderly, ill, and special needs pets. Jodi enjoys time off with her husband, stepdaughter, two cats, Angie and Karma, and two dogs, Maverick and Henry. Her hobbies include traveling with her family. 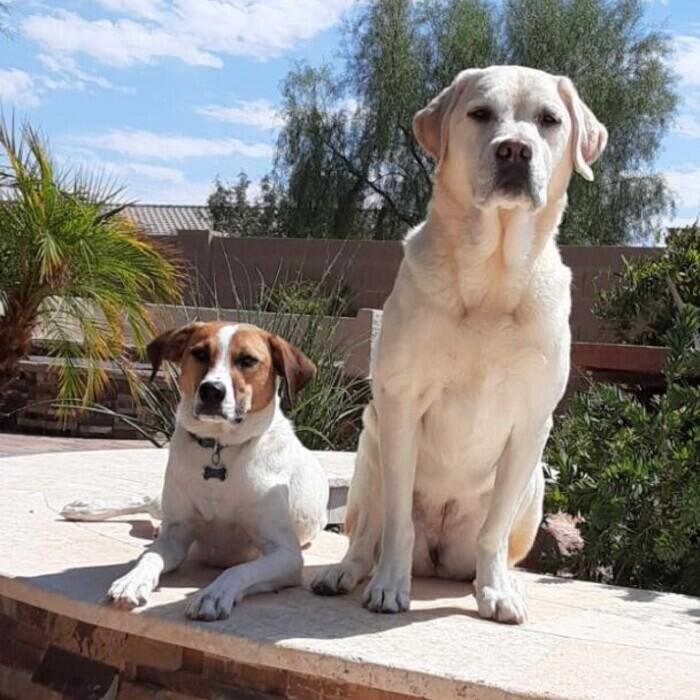 Meet Willow and Cody. Cody joined our family in November 2019. He is a rescue from Puppy Luv Animal Rescue, and his birthday is 5/5/19. He appears to be part Beagle and maybe even Whippet or Greyhound. In addition to pestering Willow to play, he loves to snuggle on the couch and watch (and "talk") to the TV when there are animals on. Willow enjoys playing, tug of war, and squeaky toys, along with swimming and being brushed. They both enjoy running in the yard and chasing each other around like crazy. Willows birthday is 1/21/13 and she is an English yellow Labrador. You will sometimes find them at the clinic and they always love to say “Hi” and get a treat. 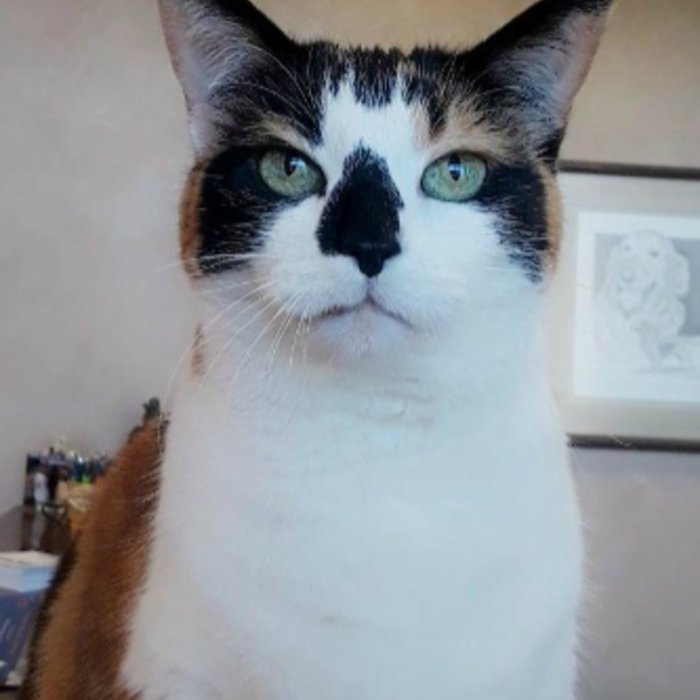 “Cali” enjoys sitting on top of the counter and rubbing everyone’s face and knocking pens out of your hand. She was a feral cat that was brought in and was adopted by Cochise Animal Hospital in 2006.

What our Clients have to say.

There is no way it could have been better. Appt was right on time. Everyone was friendly and courteous. Dr. T made time to make sure my questions were answered. Followup call made the next day with results.


For general information, questions, appointment requests, call us at: